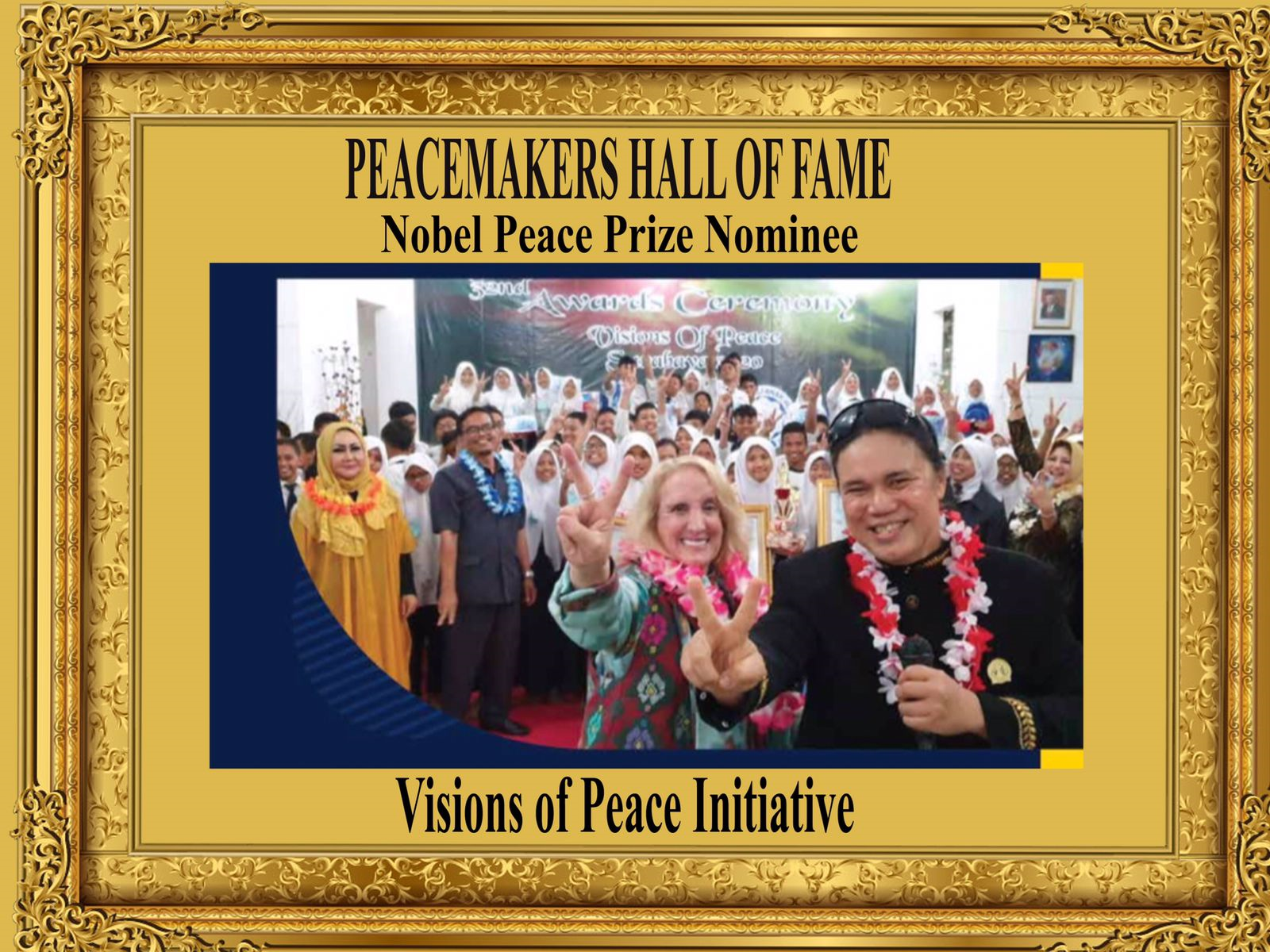 Chairman Soestayo also expressed his personal appreciation for the VOPI saying, “I am sending my full support for the VOPI to receive the Nobel Peace Prize. The Visions of Peace Initiative embraces the Ethic of Reciprocity, also known as the Golden Rule, the universal value that is included within all faiths and traditions. This Ethic of Reciprocity teaches us to “Do Unto Others As You Would Want Done For Yourself and Not to Do Unto Others As You Would Not Want Done To Yourself. This value is central to our Republic’s national motto.

Since its launch in 2017, the Visions of Peace Initiative has imparted and continues to impart a meaningful understanding of the ethical behavior that can be achieved through the value of reciprocity. In fact, each of us, not just the young, needs to remember the Golden Rule as well.”

Chairman Soestayo proudly noted that, “Every national legislative body has officially nominated the Visions of Peace Initiative for the prestigious Nobel Peace Prize. Never before, in the history of our Republic have our legislative institutions expressed collective support for a non-governmental organization. I hope that this tribute will inspire everyone who has already participated in the VOPI and those who are yet to participate in the future, to work together to promote peace and tolerance in our homes, our schools, our communities and in our nation.”